Not to be outdone by the Junior & Youth team, the DTA Seniors and Cadets headed back to the UK to compete in the BAA UK National Championships on March 25th.

With this event being the first major UK senior competitive event after the World Championships last year, and it being the 50th National Championships, (a significant milestone for the BAA) it was well attended by experienced world championship players as well as members of the BAA National team which guaranteed tough competition.

It is a testament to the ongoing development of our club and competitive players that we had team members making it through to the last four in many events; both kyu and Dan grade, winning important team points.

Although medals are not the sole reason we compete, they can be a bellweather of technical progress and overall development... so it is nice to to hear "from Dublin, DTA" being called out at again and again at the award giving ceremony. This year the DTA Senior team achieved 2nd place overall; taking 1 gold, 9 silver and  2 bronze.

The real win, however was  gaining important competitive experience that will inform our training to the benefit of all members for the upcoming European championships later in the year. In addition; some the highest graded instructors and coaches in the UK generously gave their time to individuals on our team; providing important critical feedback on key aspect of our performance.

Above all though it was an immensely enjoyable experience,  in which we learned something about ourselves and where we are on our Aiki Journey. 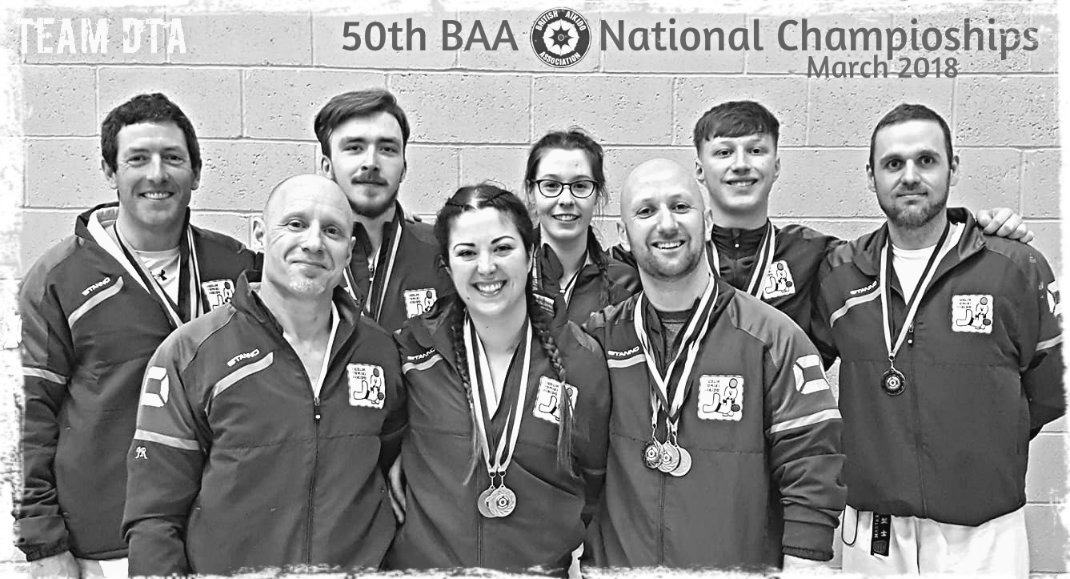