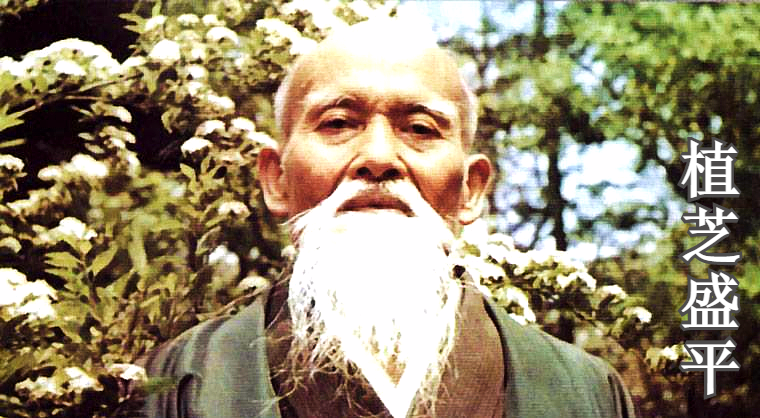 The founder of Aikido, Morihei Ueshiba, was born on December 14, 1883, to a farming family in an area of the Wakayama Prefecture now known as Tanabe. He was the only son among five children. From his father Yoroku, it is said, he inherited a samurai's determination and interest in public affairs, and from his mother, Yoroki, an interest in religion, poetry and art.

Leaving formal school early Morihei went from job to job, and during a brief stint as a merchant, he came to the conclusion that he might be better pursuing his affinity for the martial arts by the study of Jujutsu at the Kito-ryu dojo and Swordsmanship at the Shinkage Ryu training center. However, fate intervened and a case of Beri-Beri sent him home, where he later married Itogawa Hatsu.

After regaining his health during the Russo-Japanese War period, he enlisted in the army and became an infantryman in 1903. After a short period of active duty he resigned and returned home to the farm. Showing an eagerness to continue training in the martial arts, his father built a dojo on his farm and invited the well-known Jujutsu instructor Takaki Kiyoichi to tutor him. At some time he became interested in political affairs and in the Spring of 1912, at the age of 29, he and his family moved into the wilderness of Hokkaido as a frontier man to help develop the area. After a few years of struggle, the small village of Shirataki, on who's council he held a senior position, started to prosper.

It was during his time in Hokkaido that he met Sokaku Takeda, a master of Daito-ryu Aiki Jujutsu. After about a month of training, he went back to Shirataki, build a dojo and invited Takeda to live there, which he did.

Message was sent to Morihei that his father was close to death. Ueshiba sold off most of his property leaving his house and dojo Takeda. He would not to return to Hokkaido. On his journey to see his father, he stopped in Ayabe, headquarters for the new Omoto-kyo religion. There he met the master of this new religion, Deguchi Onisaburo. After being enthralled with Deguchi, he stayed three days before continuing his home to find that his father had passed away. Ueshiba sold off the land and moved to Ayabe to study Omoto-kyo. For the next eight years, Ueshiba studied with Deguchi Onisaburo, taught Budo, and integrated himself into the community.

The study of Omoto-kyo and his association with Onisaburo profoundly affected Ueshiba's life. He once stated that while Sokaku Takeda opened his eyes to the essence of Budo, his enlightenment came from his Omoto-kyo experiences. During his early 40s (around 1925), Ueshiba is purported to have had a spiritual experience which influenced his later life and philosophy of training.

His reputation as a martial art adept, led to many seeking his mentorship, among them Tomiki Kenji (who went on to develop his own methods of teaching Aikido and advancing the art) and the famous Admiral Takeshita. In 1927, Ueshiba separated from Omoto-kyo and moved to Tokyo. Ueshiba built a formal dojo in the Ushigome district of the city and many high-ranking instructors of other arts, such and Kano Jigoro, came to visit. They were so impressed that they would dispatch their own students to study under Ueshiba.

In 1931, the "Kobukan" was finished. A "Budo Enhancement Society" was founded in 1932 with Ueshiba as Chief Instructor. It was about this time that students such as Shioda Gozo, Shirata Rinjiro and others joined the dojo. Up to the outbreak of World War II, Ueshiba was busy teaching at the Kobukan, as well as holding special classes for military and police academies. Over the next 10 years, Ueshiba became a legend in martial arts circles with his only son, Kisshomaru, doing much to propogate his myth.

In 1942, the war had seriously impacted attendance at the Kobukan, and he was tiring of city life. Leaving the Kobukan in the hands of his son Kisshomaru, he moved to the Ibaraki Prefecture and the village of Iwama. Here he build an outdoor dojo which is now a famous Aiki Shrine.

Iwama is considered by many to be the birth place of modern-day Aikido. Prior to this move, his system had been called Aikijutsu, then Aiki-Budo, but in 1942 the name Aikido was adopted.

After the war, attendance grew rapidly at the Kobukan (now called Hombu Dojo) under the direction of Kisshomaru Ueshiba. Morihei Ueshiba had become famous as "O Sensei" or "The Grand Teacher," the Master of Aikido. He had also received many decorations from the Japanese government.

O Sensei's ashes were buried in the family temple in Tanabe. Every year a memorial service is held on April 29th at the Aiki Shrine in Iwama.