The largest aikido organisation, and is led by the family of the founder. Numerous sub-organisations and teachers affiliate themselves with this umbrella organisation, which therefore encompasses a wide variety of aikido styles, training methods and technical differences. Prominent sub-organisations include numerous national Aikikai associations and federation the world over.
READ MORE

Founded by Gozo Shioda, this branch has a reputation for being the most rigidly precise. Students of Yoshinkan aikido practise basic movements as solo kata, and this style has been popular among the Japanese police. The international organisation associated with the Yoshinkan style of aikido is known as the Yoshinkai, and has active branches in many parts of the world.

This form was developed by Minoru Mochizuki, who was an early student of O Sensei and also of Jigoro Kano at the Kodokan. This style includes elements of aiki-budo together with aspects of karate, judo and other arts. It is now carried on by his son, Hiroo Mochizuki, the creator of Yoseikan Budo.

Founded by Kenji Tomiki 8th Dan Aikido, 8th Judo, this style use sparring and rule based competition in training as opposed to most others. People tend to compete to train rather than to train to compete. Kenji Tomiki, an early student of O Sensei and the first of his students to be awarded 8th Dan, and also of Judo's Jigoro Kano, believed that introducing an element of competition would serve to sharpen and focus the practice since it was no longer tested in real combat. This latter view was the cause of a split with O Sensei's later family who firmly believed that there was no place for competition in aikido training. There is evidence that O Sensei showed great interest in Tomiki's method but that there was a difference of opinion within the later family succesors which caused the split.
READ MORE

The Ki Society, founded by former head-instructor of the Hombu dojo 10th dan Koichi Tohei, emphasises very soft flowing techniques and has a special program for the development of ki. It also has a special system of ki-ranks alongside the traditional kyu and dan system. This style is called Shin Shin Toitsu Aikido (or Ki-Aikido).
READ MORE

Iwama Ryu emphasises the relation between weapon techniques and barehand techniques, and a great deal of emphasis is placed on weapons training. Since the death of its founder Morihiro Saito, the Iwama style has been practiced by clubs within the Aikikai and an independent organisation headed by Hitohiro Saito. Saito sensei was a long time uchideshi of O Sensei, beginning in 1946 and staying with him through his death. Many consider that Saito sensei was the student who spent most time directly studying with O Sensei. Saito sensei said he was trying to preserve and teach the art exactly as the founder of aikido taught it to him. Technically, Iwama-ryu seems to resemble the aikido O Sensei was teaching in the early 50s mainly in the Iwama dojo. The technical repertoire is fairly large.
Iwama Ryu Aikido, currently headed by Saito Hitohiro, is a separate organisation from the Aikikai. The Iwama Dojo is currently affiliated to the Aikikai and is not considered a separate style. Many instructors who were deeply influenced by Saito Morihiro consider themselves Iwama Style, however.

Founded by the late Noriaki Inoue, nephew of Morihei Ueshiba. Noriaki Inoue (井上 鑑昭 Inoue Noriaki, 1902-12-03, Tanabe – 1994-04-13, Kunitachi) was in his early years closely associated with the spiritual and technical development of aikido along with his uncle Morihei Ueshiba. Inoue is the founder of Shinwa Taidō, a martial art which he later renamed to Shin'ei Taidō.

He was the fourth child of Zenso Inoue, the patriarch of the wealthy Inoue family of Tanabe, and of Tame Ueshiba, the eldest sister of Morihei. Much of Noriaki's childhood was spent in the company of Ueshiba. He joined his uncle at Shirataki in a settlement expedition in the north of the island of Hokkaidō (1912–1919) and studied  Daito-ryu Aiki-Jutsu with him under Sokaku Takeda. He was also closely associated with the discovery by Ueshiba of the Omoto sect in Ayabe and his encounter with its spiritual leader Onisaburo Deguchi which had a decisive influence in Ueshiba's later philosophy.

Inoue then actively collaborated with his uncle into the spreading of aikibudō, the art derived from the daitō-ryū that Ueshiba was formulating. In 1927, the two men settled in Tokyo, teaching at various locations until the construction in 1931 of Ueshiba's first permanent dojo, the Kobukan. However, after the second Omoto incident (1935) when the military government suppressed the Omoto sect, a breach developed between Ueshiba and his nephew, the latter accusing the former of betraying the cause of the sect by not sharing the fate of its leaders, and the two eventually parted ways with mutual resentment. After the war, Inoue continued to teach in Tokyo independently from Ueshiba, instructing US Air Force officers. While the original aikibudō has now evolved into aikido under Ueshiba, Inoue kept teaching his art as such until 1956 when he changed its name into Shinwa Taidō and finally Shin'ei Taidō. He had little interaction with the Aikikai organization which followed the death of Ueshiba and continued teaching actively until his death. He considered himself a co-founder of aikido along with Ueshiba although that is disputed by the Ueshiba family. Inoue used various names throughout his life: Kitamatsumaru (1902), Yoichiro (1909), Yoshiharu (1920), Seisho (1940), Hoken (1948), Teruyoshi (1971), and finally Noriaki (1973).

Yoshokai aikido, begun by then-hachidan Takashi Kushida-sensei of Yoshinkan aikido, is a remarkably centralised style of aikido, with test techniques yearly passed down with explanations from the home dojo. The syllabus contains a considerable amount of weapons study, and like Yoshinkan, Yoshokai includes many solo movements and exercises.

Shimizu was born in 1940 in Fukuoka, Japan. He had been training judo since childhood and held a 4th dan in this art when he changed to aikido in 1963. He then became one of the last personal students of the aikido founder Morihei Ueshiba. After Ueshiba died in 1969, Shimizu, then with a 7th dan in aikido, founded his own school in Tōkyō named Tendoryu (School of the Way of Heaven). Tendoryu Aikido is characterized by its large and clear movements, emphasizing naturalness and harmonic flow of motion. Since 1978, Shimizu has regularly held seminars in Germany and other European countries. A German Tendoryu Society was founded in 1993.

He received the 8th dan aikido from the Japanese Budo Federation in 1998 and has co-authored a book titled Zen and Aikido (ISBN 4-900586-13-7) with Shigeo Kamata. Shimizu received the 'Foreign Minister Award', an award from the Foreign Minister of Japan, on July 16, 2002 for his work spreading aikido abroad. Shimizu-sensei was the first Aikido and Budo artist to receive this award. In the same year he was invited to the autumn garden party at the imperial palace in Akasaka, Tōkyō.

Headed by Shizuo Imaizumi. Imaizumi Sensei began his Aikido career in April of 1959 while a student at Waseda University in Tokyo. Waseda was a 15-minute walk from the Aikikai Hombu Dojo, and saw an Aikido demonstration by Morihei Ueshiba (O-Sensei, the founder of Aikido) and started studying Aikido. In 1965, with a rank of 3rd dan, Sensei Imaizumi became an apprentice to the teaching staff (shidoin) at the Hombu Dojo and his career as a professional Aikido instructor began. During this period he frequently took ukemi for O-Sensei during the early morning Aikido classes when O-Sensei would demonstrate and teach. After O-Sensei’s death in April of 1969, Imaizumi-Sensei was chosen to accompany Waka-Sensei  and his wife to enshrine the remains of O-Sensei at the Ueshiba family graveyard at Tanabe.

Imaizumi Sensei was an instructor at the Aikikai Hombu Dojo until 1974 when he joined Koichi Tohei Sensei in his new organization, the Ki-no-kenkyukai (Ki Society; Shin-Shin Toitsu Aikido). In July 1975, Imaizumi Sensei came to New York to found the New York Ki Society and assume the role of Chief Instructor for the Eastern Region and the US. In September of 1987, he resigned from the Ki Society. Shin-Budo Kai was founded in October 1988. Imaizumi sensei continues to follow the teachings he received from O-Sensei, while developing and offering his own perspectives on technique, form and philosophy.

Kokikai aikido, founded by Shuji Maruyama in 1986, focuses on minimalist but effective technique. It emphasises natural stances and ukemi that do not require high breakfalls, and deemphasises atemi and techniques that cause pain or undue discomfort to uke. As such, it is considered by some to be a "soft" style of aikido.

Headed by Rod Kobayashi. Tends to utilise movements which are very small and economical. Encourages students to discover an aikido which is truly their own, stresses the importance of doing away with the extraneous and focusing on that which works.

The school was founded in 1978 by Gaku Homma Sensei, who was a student of Aikido Founder Morihei Ueshiba, as well as other high-ranking instructors, at the Iwama Aiki Shrine in Japan. Homma Sensei was the last official uchideshi (live-in student) at the Aiki Shrine in Iwama and is the best testimonial to the Founder’s private life during the last years of his life. After the Founder’s death, Homma Sensei moved to the United States and opened his independent dojo; Nippon Kan. Homma Sensei is the creator of Nippon Kan’s unique teaching method that combines kenjutsu (sword techniques) and jojutsu (staff techniques) with taijitsu (open hand techniques).

Headed by Luis Santos. The style of Steven Seagal. It is considered a "hard" style of aikido, focussing on the practical side of aikido and using techniques that in real world situations would be effective and sometimes brutal.

Headed by Richard Bowe. It is considered a "hard" style of aikido, combining techniques from Karate, Judo and Daito-Ryu Aikijutsu. There are roughly a dozen dojos in the United States and none left in Japan. Founded by Shoto Morita in Japan circa 1950. Derivative styles include Nihon Goshin Aikijutsu founded by Walter Kopitov in 2000.

Headed By Frank Ani Jr. This is a "hard" style Aikido, combining the basics of Tenshin and general Aikikai styles together. It also includes techniques from Aikijujutsu making it a very practical and street effective version of Aikido. Only a few qualified instructors teach this style of Aikido. This style is an independent style with no affiliations. 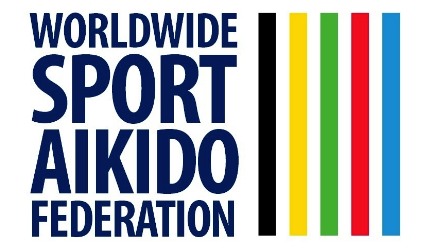 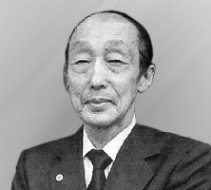 The aikido of Kenji Tomiki