It is customary in a martial arts dojo to find a picture displayed in a prominent position of the founder of the art or school and other masters held in high regard. In our dojo we display a picture of Takeda Sōkaku, Morihei Ueshiba and Kenji Tomiki. 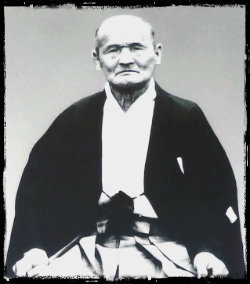 Takeda Sokaku was a renowned martial arts master of Daitō-ryū Aiki-jūjutsu (大東流合気柔術) and Ono-ha Itto-ryu swordsmanship. During his lifetime he is credited with teaching many famous martial artists among them the swordsman Shimoe Hidetaro, Aikido founder Ueshiba Morihei, as well as many politicians, military officers, judges, policemen, and other persons of high social standing from all over Japan. An astute if not paranoid businessman, Takeda, kept meticulous records of his student registrations and to those he awarded menjo including the terms under which he expected remuneration.  Read More 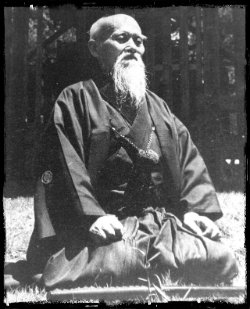 Morihei Ueshiba, was a skilled exponent and teacher of Daitō-ryū Aiki-jūjutsu.  He awarded certificates in Daitō-ryū to many of his recognised first generation (pre-war) students which later were equated dan grades in Aiki-budo. To separate himself from his teacher, Takeda Sokaku, he eventually changed the name of what he was teaching to a few different names including; Ueshiba-ryu-aiki-jututsu, Aiki-Budo before settling on Aikido.  As Ueshiba grew older, less physically able and more spiritual in his outlook, his focus on teaching waned. It was during this time that his son, Kisshomaru Ueshiba, and other seniors developed the curriculum and teaching methods that are now taught in most popular Aikido schools. After O'Sensei's death, and another period of reorganisation, Kisshomaru took on the mantle of Doshu (hereditary head) and oversaw the formation of the Aikikai Honbu organization and the promotion of 'Aikikai' Aikido worldwide. Read More about Morihei Ueshiba 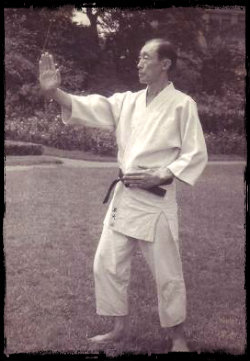 Tomiki Kenji was the first student to be awarded an 8th Dan by the founder of Aikido, Morihei Ueshiba. A renowned teacher of both Judo and Aikido throughout his life, Tomiki shihan, referencing the methods of his Judo teacher, Jigaro Kano, formulated a method of teaching Aikido and a curriculum suitable for adoption by universities by introducing competitive Aikido (Aikido kyogi) into regular practice. A rift occurred with Kisshomaru Ueshiba and others in honbu in respect to this approach, leading to his eventual resignation as an instructor at the Aikikai honbu. Tomiki shihan established the Shodokan Dojo in Osaka, where he continued his research and development. Aikido taught using the teaching and practice methods of Kenji Tomiki is referred to as Shodokan Aikido (昭道館合気道), Tomiki Aikido (富木合気道) and/or Sport Aikido. Tomiki Shihan also formed the Japan Aikido Association (JAA).  Read more about Kenji Tomiki and Shodokan Aikido here