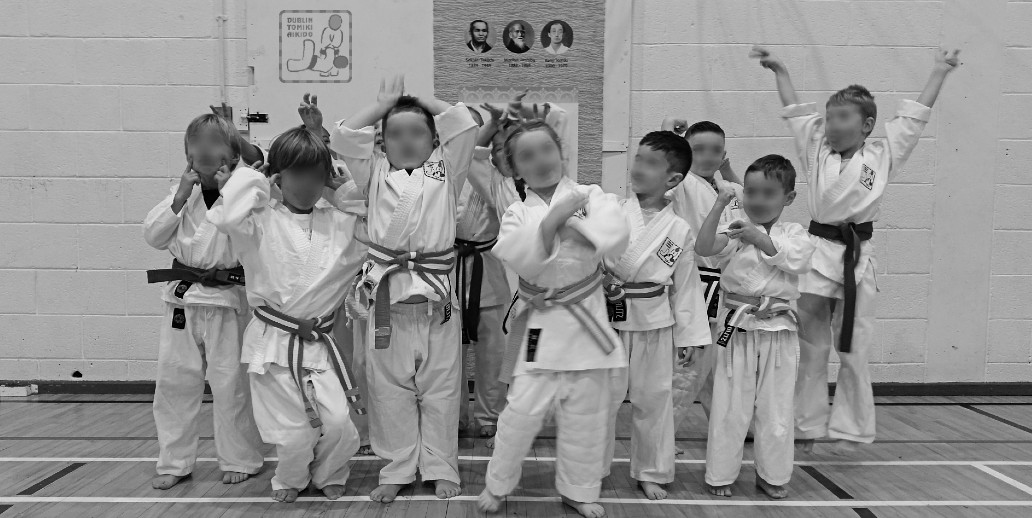 Aikido is a modern martial art from Japan founded by Morihei Ueshiba (O'Sensei) and promoted internationally by some of his leading students of whom Kenji Tomiki was one of the first and whose school/style we follow.

Registered as a sport in 1925, Tomiki Aikido is a relatively new competitive martial art but one that continues to grow in popularity.

Aikido is a unique martial art, with the student learning how to assess their opponents intent and predict - and prevent - their likely actions. Many techniques taught in aikido training involve circular trajectories, which allow hard collisions to be avoided. Additionally, circular or turning movements can leverage the strength of an opponent's attack, causing an opponent to rapidly lose energy.

During their study of Aikido, children learn to use their opponent's atacking motion to their own advantage. This has important relevance to schoolchildren, who may encounter bullies and aggression at school but may feel prohibited from fighting back with force. An important tenet of aikido is the ability to deal with an opponent's attack without necessarily causing harm.

As such, self-defense in aikido includes three stages:

Do Children train with weapons in Aikido?

Weapon skills are not specifically taught in aikido. When weapons are used in aikido training, youth students are typically taught how to access danger, distance and timing needed to stay safe against a knife (tanto), wooden sword (bokken), and short staff (jo).

As students get older they will be taught some basic disarming techniques.

It is important to note that students are are made painfully aware that the techniques they are taught should in no way inspire a misguided confidence in respect to defending themselves against weapons in a real life situation and that safe retreat is always the prudent choice where possible.

Aikido develops physical abilities in the student, as well as concentration and cooperation with fellow students and instructors. Parents of children studying aikido as a martial art and sport report that their children often become more balanced, calm and reasonable as a result of their training.