What Are the Benefits of Martial Arts for Kids?

Martial arts training is a tried and tested method of training your mind, your body and spirit to act as one, to develop confidence, awareness and focus. Martial arts students also learn about effective self-defense techniques and over time build the muscle memory to effect these techniques naturally.

Children who participate in martial arts training can reap many benefits in several areas of their development.

Most martial arts originated in Asia and include karate, kung fu, jiu jitsu, aikido, tae kwon do, judo and muay Thai or a combination thereof. Some martial arts have a strong sporting element which appeals to modern young people and adults with a competitive spirit.

Fitness training is an important aspect of all martial arts classes, especially where children are involved. Warmups with jumping jacks, pushups and stretches are common, and the movements of the martial art itself often challenge muscles and the cardiovascular system.

Regularly attending students of Martial artists will gain the benefits of increased flexibility, regular chalenging excercise as well as being mentally challenges.

The ability to defend yourself against an assailant is skill that we all should posess. The focus of most martial arts training uses self defense as a cornerstone of its training program. The precise methods will vary from discipline to discipline, but you can be certain that with regular practice, your child will learn to adress billies and defend himself/herself in a variety of different ways. Many martial arts schools teach street-smart techniques to kids to help avoid problems altogether.

Martial arts help instill mental focus in your child, giving him/her the ability to concentrate on a task and see it through to its conclusion. The discipline that is taught in the dojo in regard to uniforms, ettiquette and techniques often translates into other areas of life, including school and at home.

Martial arts are all about showing respect. Striking, throwing and locking are all secondary to the respect that is on show from the moment you walk into a dojo. Children learn to bow to the instructors/coaches who teach them, and to their fellow classmates. Martial arts instructors emphasise respect regularly and instruct students to practice respect for self, parents, teachers and peers at every opportunity.

A child who consistantly trains in martial arts is generally a child who becomes confident in herself/himself. Working through the chalenges of learning a martial art, the belt ranking system gives a child measurable goals to aim at that are realistic to attain. The keen sense of accomplishment a child can experience by mastering a new technique or grading to a new belt builds confidence for future challenges 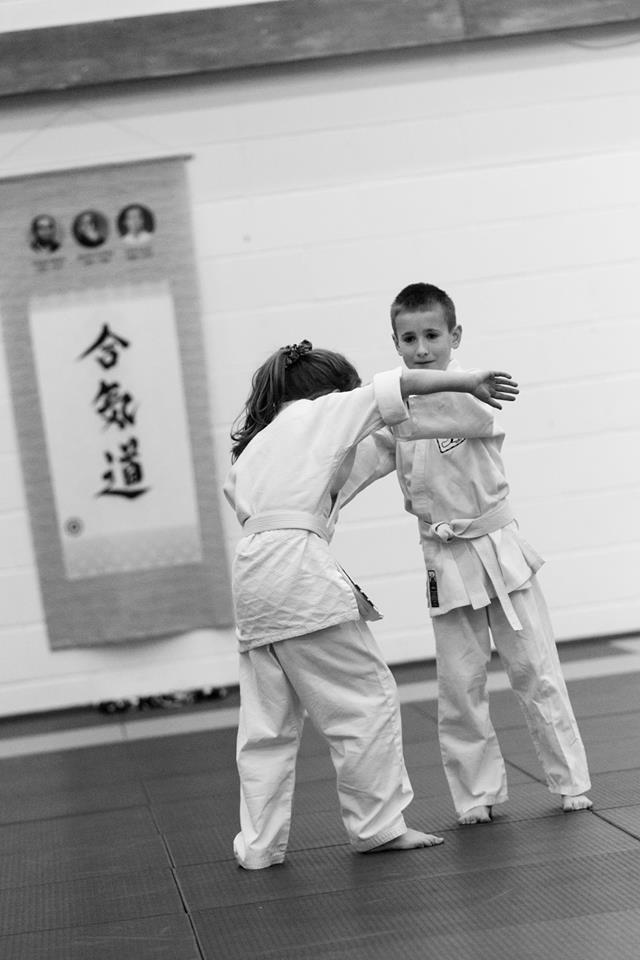 Aikido is a Japanese martial art that; unlike most other styles; is more concerned with control and negotiation over and above causing serious damage to an opponent. Many other martial arts are considered hard and agressive, meeting force with force and depending upon striking power. Students of Aikido are taught to redirect an attacker's agressive force and use it against their assailant. Aikido technique and skill is beneficial to the less physically powerful because it does not require a person to be stronger than an attacker in order to defend themselves. Aikido teaches a wide variety of awareness, evasion, blending, joint locking, pinning and throwing techniques that can be used to evade and subdue assailant attacks without requiring large amounts of physical power.