A key highlight in all student's martial arts training is the opportunity to present for formal examination or grading. Over the last week in October and the first week of November, we held our Autumn Club Grading for kyu grades, youth and junior grades.

Working together over the past number of months the more experienced kyu grades had put in a big effort to help our new students and lower grades to level up. Now was the time to help them put in their best performance for their first test.

It was great to see the majority of our youth members in attendance for the formal Autumn club grading. Even though some were not eligible to grade, they had all trained in the run-up together so took part in the event and demonstrated syllabus in parallel to those grading. (Great experience to have under their belt for their next grading). All candidates performed really well, demonstrating a marked improvement in skills and application with one or two standouts pulling off an exceptional performance on the day.

Just as nervous as the Juniors and Youths, those eligible to grade were put through their paces over a two-hour intense examination of syllabus and application. No grade awards come easy at DTA and all candidates were pushed, with little or no rest to the limits of their ability, concentration and fitness.  Special thanks go to those adult members not grading who turned up to partner with and provide credible test opponents for the candidates helping to make this event a high-level experience. 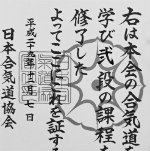 What is a Grading?

A test of knowledge, skill & Character * 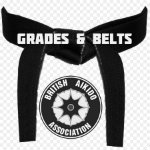