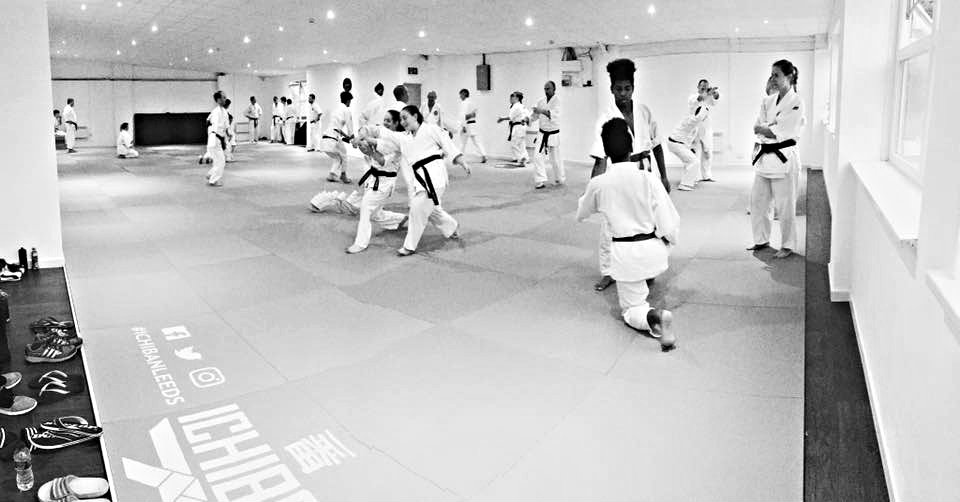 There are a number of special events on the BAA calendar one of which is the Annual BAA Summer School.  This year (2017) it was held in the new Ichiban dojo, in Leeds

This year Summer school took place over three days beginning on Friday at 10:00am and concluded on Sunday at 2:00pm followed by grading examinations which concluded around 5pm.

As always at Summer School many excited candidates from clubs across the UK and farther afield present themselves for examination and test for promotion. This year DTA had two candidates presenting for dan grade test. The examination panel on the day comprised;  Bob Jones 7th Dan, Garrett Baxter 5th Dan and Dan Ramsden 4th Dan.  As expected at Summer School not all candidates are sucessful, but on the day the hard work and commitment put in over the preceding years was evident with Pam & Jer delivering a controlled and strong performance in their demonstration of Kata and application.