In April 1958 Waseda University approved for the first time, an Aikido club as an officially sanctioned sports club (“Undo Bu” ) while no other universities recognized any Aikido clubs as such. 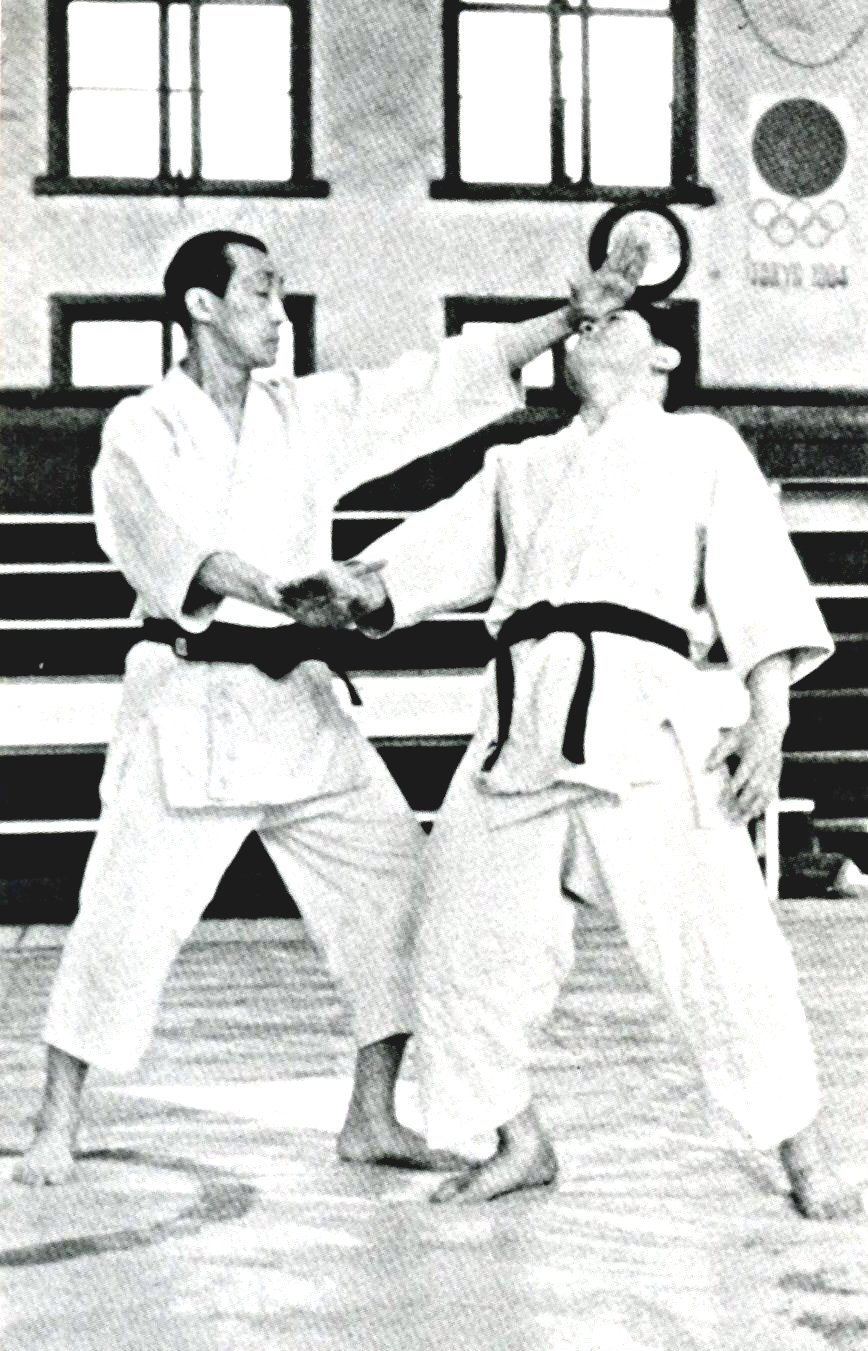 Instead, all other Aikido clubs were called “Doko-Kai”, meaning a loosely organised club made up with people of the same interest. These unsanctioned sports clubs had neither the prestige nor the status of other sanctioned clubs such as Judo, Kendo, Karate, baseball, soccer, and other major sports clubs.

One of the strict requirements attached to this official recognition by Waseda University was a stipulation of being able to measure and/or judge the progress and ability of Aikido students. In other words, any clubs belonging to the official Athletic Association must have competition of some fashion. This prerequisite was addressed in detail by Professor Tomiki Kenji (富木 謙治 , 1900–1979), whose ambition was to make Aikido as internationally popular as Judo. From the very inception, he had his vision to create the method of Randori-Ho (free sparring practice) by adopting  the educational doctrines taught by Professor Kanō Jigorō, (嘉納 治五郎, 1860–1938) the founder of Judo with Aikido techniques taught by O-Sensei Ueshiba Morihei (植芝 盛平1883–1969

Professor Tomiki explained; “I learned the true meaning of really profound martial skills and techniques from Ueshiba-Sensei and I learned the doctrines, innovations and educational methods from Kano-Sensei”.

Unlike the first generation of Ueshiba Sensei’s students, who had previously experienced some other competitive martial arts such as Judo, Kendo, Sumo or Karate., the second, third and following generations of students practicing only Aikido, Professor Tomiki felt, would not know how difficult it would be to apply Aikido techniques effectively to equally well-trained opponents when resisted fully or counter-attacked.

With this basic realisation as well as the requirements set by Waseda University, Professor Tomiki introduced competition in order for Aikido practitioners to learn a moment of truth as well as other virtues such as mutual respect, the cultivation of sportsmanship and friendship.

Needless to say, safety was of the utmost importance in his mind, just as it was for Professor Kano when he created Judo out of various Jujutsu styles, so too Professor Tomiki eventually created the seventeen Randori techniques (Junanahon) with strict safety measures and rules for the purposes of competition.

His teaching philosophy encouraged the students’ own application and development after having learned the basic Aikido principles. This style of teaching was refreshingly different from the traditional teaching methods in which masters encouraged students to exactly duplicate every single movement as shown. Professor Tomiki encouraged self-driven innovation and development as long as they were soundly based upon the basic principles.  Professor Kano and Professor Tomiki, had the vision to allow their students to develop forward and refine their art.  Professor Tomiki did not put a huge importance on how many techniques a student knew. Rather, he encouraged students to master the basics and apply these across various applications.

After Professor Tomiki passed away in 1979, Professor Hideo Ohba succeeded him, continuing with his lifelong dedication to Tomiki Aikido until 1986. Today,  Professor Tomiki’s legacy is being passed on by Tetsuro Nariyama Shihan 9th Dan and Professor Fumiaki Shishida 8th Dan and all the other dedicated Tomiki/Shodokan instructors and students all over the world.